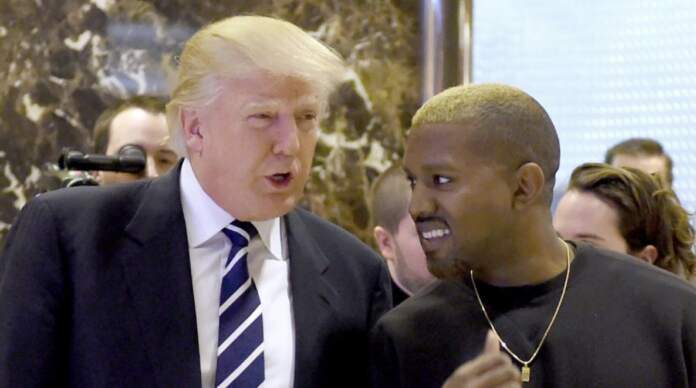 Kenya West President 2020 News: American rapper Kanye West recently announced that he would be participating for President in the upcoming United States presidential election. Kanye West is married to Kim Kardashian, Twitter and Instagram netizens thinks that if he becomes President, there would be ‘Keeping Up With The Kardashians’ – The White House edition soon and Kim kardashian will become first lady.

After Kanye West announced that he would run for US’s 2020 Presidency, Twitter has started imagining ‘Keeping Up With The Kardashians’ – The White House edition

After Kanye West announced that he is running for president 😵😵
White House scenes⤵️⬇️#KanyeWest #Kanye2020 pic.twitter.com/Tk5bRfKrbQ

See More: H 1B visa canceled in US: big decision by Trump administration, will remain valid till the end of the year

‘Keeping Up With The Kardashians’ is a show that gave limelight to the lives of Kardashian sisters – Kim , Khloe, Kourtney, Kris Jenner, Kendall Jenner and Kylie Jenner. Kenya West President 2020 News is the biggest news today.

This might be the future. #KimKardashian #KanyeWest #Kanye2020 pic.twitter.com/DvFcskUNsP

Kanye West posted a picture of vegetables on Twitter yesterday and claimed that his wife Kim Kardashian West is a billionaire https://t.co/TbRUq5ki7N pic.twitter.com/I611kove24

Therefore, if Kanye West becomes the president after the United States presidential election, the netizens have already demanded a version of ‘Keeping Up With The Kardashians’ in the White House. They even created a morphed picture for this.

Netizens think that Kardashian could become the first lady once Kanye wins the presidency. Kanye West wife Kim Kardashian has bolstered her husband by sharing his tweet as her Instagram story.

Is Kanye west running for president?

“We must now realize the promise of America by trusting God, unifying our vision and building our future. I am running for president of the United States,” American rapper kanye west had tweeted along with the american flag emoticon and #2020VISION.

We must now realize the promise of America by trusting God, unifying our vision and building our future. I am running for president of the United States 🇺🇸! #2020VISION

Soon, Elon Musk supported the rapper as he replied, “You have my full support!”

Fine for not wearing a face mask in Delhi increased to Rs 2000: CM Kejriwal

Enjoy your Holiday in the sea side