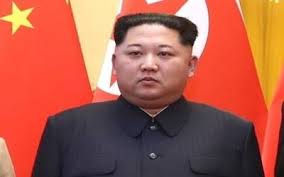 The same strategy to bomb the Lions office on the border and increase the number of troops on the border at the behest of Kim’s sister Kim Yo Jong Is being considered a part of .

Pyongyang, North Korea dictator Kim Jong works with those very devious tactics. Bullying first, then proving the threat to be true and then accepting is part of his strategy. A week ago the way North and South Korea were in conflict, after the bombing of the Lions office on the border at the behest of Kim’s sister Kim Yo Jong and the number of troops on the border being increased Is being considered part of the same strategy.

Two days ago after the troops reached the border, dictator Kim Jong-un said that he would not take military action against South Korea. International pressure was also cited as a major reason behind this, but now things are being filtered out and the experts are telling a part of North Korea’s strategy. In fact, Kim Jong-un wants to establish his sister Kim Yo-jong in North Korea politics, due to this, it is also being said that Kim has also allowed his sister to take some drastic decisions.

Under this, the Lions Office at the border of North and South Korea was bombed. Kim’s sister threatened South Korea to stop campaigning against the dictator and North Korea in a balloon containing hydrogen on its border, or else they would have to bear the consequences.

After receiving such threats from North Korea, South Korea said that they are increasing the border tightening, such people will be banned, but before that at the behest of the dictator’s sister, the Lions Office was bombed. . After that, North Korea got the troops dispatched on the border posts, police posts. On the other hand, after receiving such information, people in South Korea took the poster of Ind The Korean War and appealed for peace.

The influx of troops towards the border caused panic in South Korea, after which a statement was made on their behalf that they would take strict action to stop such things on the border, strict action to stop the balloons from blowing and such activity. Will be taken On the other hand, thousands of balloons were prepared in North Korea at the behest of the sister, millions of pumplets were printed, the message was made that all these pumplets would be sent to South Korea via balloons in the same way.

One thing is also that Kim Jong wants to make his country completely self-sufficient, for which he is adopting all the methods. Last year, Kim started work to move his country towards self-sufficiency, but in the meantime, due to the Coronavirus crisis, it affected it.

Now Kim again asked the leaders of his country to work to promote tourism, especially to work towards attracting Chinese tourists. It also said that revenue should also be increased through smuggling. The boundaries which were closed due to coronavirus should be opened immediately, so that there is no problem in the movement of tourists.

During this time, one thing has also come out that North Korea dictator Kim Jong wants to make him his successor because he has young children. Apart from this, there is still a male dominated society in North Korea where women are not in any particular position, neither in the army nor any other position. Now Kim is engaged in breaking this tradition as well, that is why she takes her sister along with her in many programs so that they do not have problems in understanding that work.

People all over the world also consider their sister the successor after Kim. Apart from dictator Kim, there is no other man who can handle North Korea, due to which Kim has given some special rights to his sister too. She participates in many big meetings, meetings with army officers. They are allowed to take decisions for the country

NEW YORK| US President-elect Joe Biden and Vice President-elect Kamala Harris have greeted the Sikhs on Guruparab to celebrate the birth anniversary of the first...
Read more
Janmat Samachar

NEW DELHI | Home Minister Amit Shah himself has taken the command on behalf of the Modi government to resolve the 'Delhi Chalo' movement of the...
Read more

Dr . Ved Pratap Vaidik For the last four days I have been wondering what is the reason that our Prime Minister, Defense Minister and Foreign...
Read more