The man name is Peter Joyce who put his kayak near the dense forest area on Lake Waccamaw to explore some new areas.

He was paddling a bit slow along the river flow, unexpectedly a gator charged Peter Joyce kayak, making it turtled.

Idi Amin is the worlds most cruel dictator, He loved eating the meat of human beings and drank his enemy blood

“I thought I heard a fish jump to my left—turned out not to be a fish,” said Joyce “About three feet from the kayak I made out the head of the gator and that was it, I had no time to react.”

”My mind was playing catch-up at that point,” said Joyce. “Basically, when I made out the head of the gator towards the front end of the kayak it was kind of just a state of shock. As soon as it hit the kayak and I went what just happened?”

The gator came from the bottom of the river so swiftly that within a blink of an eye kayak got overturned and it was quite shivering moment for him and was flabbergasted. Hastily, he grabbed a branch of a tree and quickly made the kayak to be in a normal state.

“If it hit and there was nothing to grab on the right side of me, I would have inverted,” added Joyce. “It could’ve been a lot worse.” 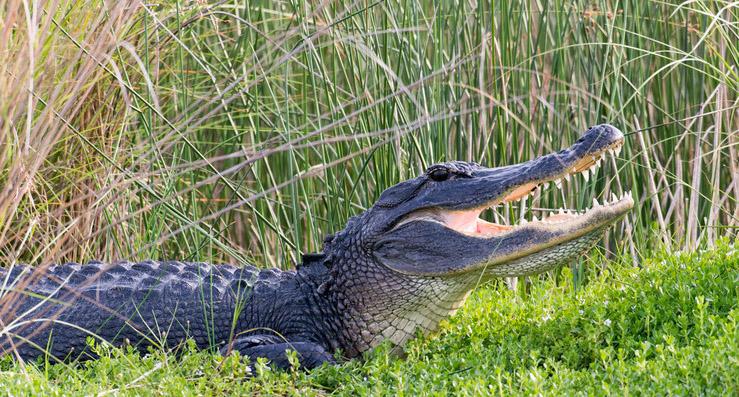 After this, he started paddling it and the alligator was not seen again.

This isn’t the first time that Joyce, who is a skilled paddler, has seen a alligator during a trip, but it’s the maiden time one has ever charged at him.

He is in awe of the reptile’s power. “Usually they make a splash or move and make a ruckus in the water,” said Joyce. “But this was a continuous charge from about 20 feet away. It definitely made me think a little bit differently what their capabilities are.”

Joyce believes the alligator became aggressive because of the ongoing mating season & it could have been protecting its young ones. So its natural and a part of the natural ecosystem.

He says he plans to paddle this part of the river again but during a different time of the year.

The entire incident was caught on his GoPro cam by Joyce who said he was not injured during the incident & his kayak did not sustain any damage.