Look at India, how dirty, the air there is so dirty: Trump 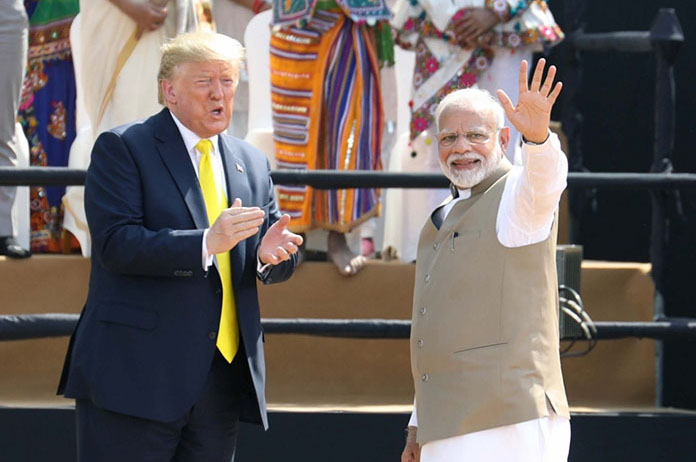 US President Donald Trump, while discussing the environment and Paris climate change agreement, described India and its air as ‘dirty’ during the president’s last debate with his Democratic challenger Joe Biden.

“Look at how dirty India is, how dirty the air is,” Trump said Thursday night in Nashville, Tennessee, comparing it with China and Russia.

Before speaking about India and the other two countries, he said, “We have the best number of carbon emissions, which we have achieved under this administration in 35 years, we are working very well with the industry. . ”

This was the only mention of India during the presidential debate, while it was kept away from topics such as foreign policy and strategic interests.

Trump, while pointing to the nuclear and missile program by North Korea, said the country had not conducted any nuclear tests during his tenure, while Biden was the vice-president, on the contrary, North Korea had conducted several tests.

He said he prevented a possible war with Pyongyang, which was expected during former President Barack Obama.

Trump insisted that he would force China to pay for the Kovid-19 pandemic and that he was already paying for trade problems and sending $ 2,000 million to American farmers, which Biden sparked controversy. did.

He said that Biden is not committed to punitive action against China for spreading the epidemic, while adding that he would act according to international norms and ensure that he gets punished.

Biden’s son Hunter is reported to have allegedly received funds from China and Russia from Ukraine as well as other sources.

Biden, however, denied that his family received any money from those sources.

Trump stated that he excluded the US from the Paris Agreement because it was an injustice to the US and that the US would have to spend trillions of dollars to fulfill the obligation according to the agreement.

“China is not going to kick until 2030, Russia has retreated to a lower standard and we have kicked it right,” Trump said.

Trump added, “They were going to seize our businesses, I will not sacrifice thousands of jobs, and many thousands of companies, because of the Paris Agreement.”

The President said, “We have done an extraordinary job in terms of the environment. The cleanest air is the cleanest water, and the best carbon emission standard we have seen in years.”