US Congress wants Russia out of UN Security Council 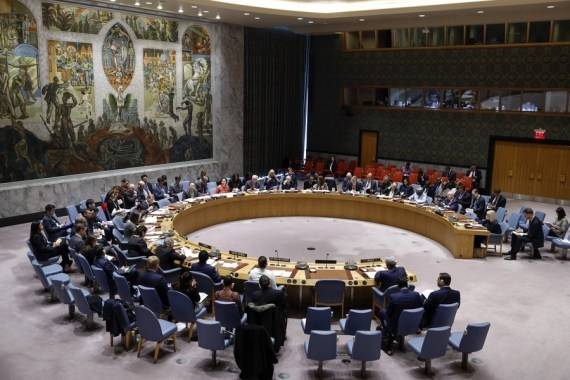 New Delhi | A resolution calling for Russia’s removal from the UN Security Council for its invasion of Ukraine – with almost no chance of implementation – is circulating among US Congressmen from both parties. Axios has given this information in a recent report.

The development comes at a time when Congress is trying to emphasize its role in punishing Russia. The motion is being led by House Foreign Affairs Committee member Claudia Tenney in coordination with House Democrats. This information has been given by Teni’s office.

“This is clearly a longstanding effort to take away Russia,” Tenney’s chief of staff Nick Stewart told Axios.

“But, this is a diplomatic tool, which we have to do to increase the pressure and increase the separation,” he said.

“It is a messaging bill in a way, but it also empowers our diplomatic counterparts,” he added.

Axios said the resolution is an attempt to “take immediate procedural action” to amend Article 23 of its charter to remove Russia as a permanent member of the UN Security Council.

The resolution argues that Russia’s invasion of Ukraine “poses a direct threat to international peace and security” and that it “contradicts its responsibilities and obligations as a permanent member of the United Nations Security Council” to Russia’s strategy. To surround.

In its report, Axios pointed out that according to the UN Charter, all permanent members of the Security Council are required to sign any amendments, giving Russia the ability to prevent such a move.

Russia’s veto on the Security Council would also allow it to denounce its invasion of Ukraine or block any UN attempts to interfere.

Another headache for the West is that Russia’s ambassador to the United Nations, Vasily Nabenzya, is serving as the panel’s rotating president this month.

Axios reported that he was presiding over an emergency council meeting at the same time that Russian President Vladimir Putin announced his invasion of Ukraine. Simultaneously, criticism of Russia’s membership in the panel had begun.

Covid curfew extended till May 24 in Jammu and Kashmir